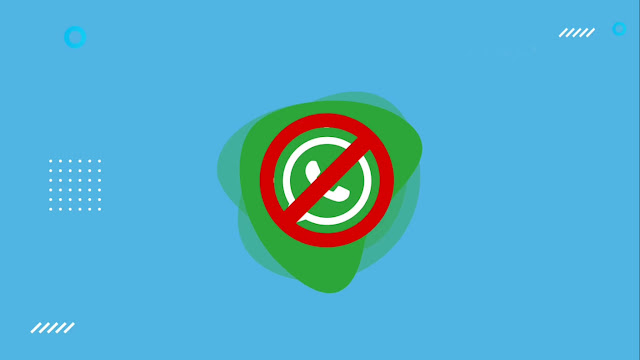 One of the widely used messaging applications is WhatsApp. However, some WhatsApp users have complained that their WhatsApp number is blocked by WhatsApp. This blocking is actually not an excuse because usually blocked numbers violate the provisions in WhatsApp. Even though they have been blocked, these numbers can be recovered and used again as usual.

Another cause of WhatsApp being blocked is because the user violates the rules, one of which is using an unofficial version of the WhatsApp application, such as MOD WhatsApp and WhatsApp Plus. So, how to solve WhatsApp blocked? WhatsApp has a policy of recovering an account if the user meets the proposed requirements. In the WhatsApp FAQ page, users who do not meet the requirements submitted, their accounts can even be permanently blocked. WhatsApp MOD is basically similar to WhatsApp, but offers features that are not available in WhatsApp, one of which is the option to change the theme. According to WhatsApp, the two applications are modified versions of WhatsApp. “Unauthorized applications are developed by third parties and violate our terms of service. WhatsApp does not support third-party camera applications, we cannot validate their security practices,” WhatsApp wrote.

In general, there are several reasons why your WA account is blocked:

WhatsApp from May 2019 has blocked users of unofficial or third-party applications, including GB WhatsApp. Regarding GBWhatsApp, it is an application identical to WhatsApp, which has been modified in such a way, or more popularly known as WhatsApp Mod. A number of users who use this Mod application report their accounts have been temporarily blocked. WhatsApp in March 2019 had warned its users against using third-party applications, referring to the Mod application. Regarding the application in question, including WhatsApp Plus, it offers a number of features that are not accommodated by the official WhatsApp application. These features include tweaking the theme, sending large files, changing the font, hiding the microphone button, and much more. Just to note, this WhatsApp Mod application is quite easy to find on the internet and can be downloaded for free.