a row of spacecraft began to enter the earth’s atmosphere. This plane explores our planet and passes through a number of cities to make the public excited, suddenly the doors of the largest plane begin to open and reveal alien creatures by imitating our language he says that they come from the distant star Proxima Centauri.

something like this can happen, scientists have just caught a mysterious radio signal from the star, proxima centauri is the closest star to the solar system, the distance is only 4.2 light years, so a beam of light coming from this star will reach earth in time 4.2 years of travel alone is equivalent to 270,000 times the distance from the earth to the sun.

the star proxima centauri will look blurry in the night sky if we observe it with the naked eye, but the system will also be a mystery, let’s check the location directly so we can observe the system up close.

When we arrive at the red dwarf, it is seven times smaller than the sun and eight times lighter in weight, proxima centauri is one and a half times larger than Jupiter and almost 150 times heavier, the object we are looking for is still some distance away. 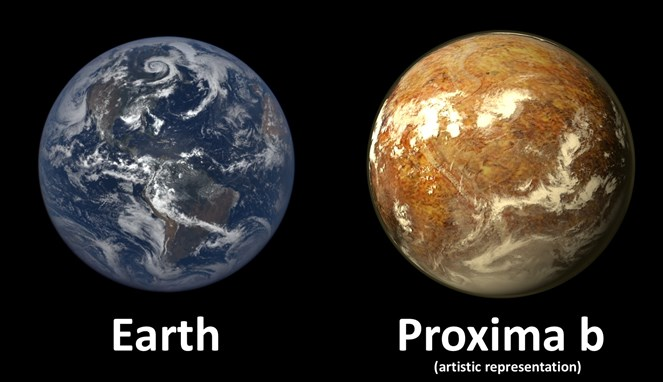 planet proxima centauri B is very similar to Earth its size is only 10% larger than earth and its location is in the habitable zone of stars, the distance is very right so it is not too far or too close, the temperature is also just right not too hot or cold, the water can be in the form of liquid if there is water. in this way life forms will be able to emerge and develop, perhaps the civilization there is even developed enough to send signals to earth. 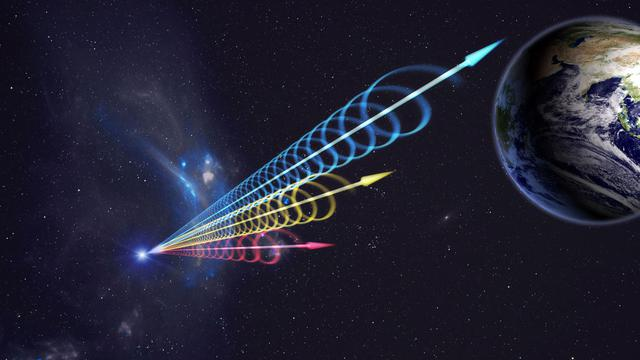 radio signal is a wave form that has a length and frequency, experts can also distinguish between artificial signals and natural signals.
The signal caught from Proxima Centauri B has a frequency of 982 MHz, while the radio signal that we usually listen to at home or in the car has a frequency of around 100 MHz.
from there the scientists immediately concluded that the signal was not artificial, a signal like this might have been used in the expanding universe if it did contain a message from an extraterrestrial civilization that experts needed to decipher and whoever needed to apply the simplest encryption method humans have ever sent radio signals into space, also known as arecibo messages.

This message consists of 1679 digits square with 23 rows and 73 columns in which information about civilization is represented by binary code.
On the surface of this square there is a number system that we use with a white color code, if the purple one is actually the key to reading the contents of the message.
Furthermore the atomic numbers of the elements hydrogen, carbon, nitrogen, oxygen and phosphorus are denoted by a code all these elements are very important for the formation of life if the signal receiver can identify this number and their key will be able to read the next message green color is the basic unit of our DNA chain, below it there is a white square DNA chain that represents the number of DNA pairs while the blue color shows the shape of the chain.
Furthermore, there is an image of a red and blue human silhouette on the left which is a numeric code for the average human height, a human image is also at the end of the DNA strand so that extraterrestrial civilizations can know our whereabouts.
If the white box on the right shows our population at the time of this message, which was 4.2 billion in 1974, that is almost half of the population today.

Next there is a picture of the solar system, this big yellow box is the sun and then it is followed by all the planets in our solar system, including Pluto. so that extraterrestrial civilizations can find out the origin of this message.
The final image below is purple in the shape of the observatory that has sent this message into space. This signal is already on its way to the m-thirteen star cluster as far as 25,000 light years from Earth, so it will only arrive at its destination in about 25,000 years and we will need to wait another 25,000 years for the answer even if there are civilizations in space that receive it. this signal. 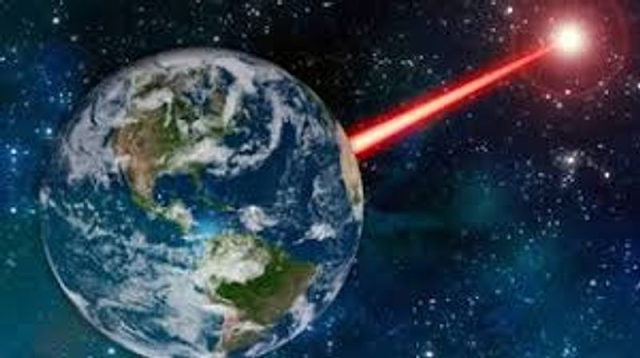 the signal from proxima centauri is also a message, scientists need time to understand its contents.
Another mysterious signal has also been caught on earth, scientists recorded the signal in 1977 thought to have come from the constellation Sagittariu, the telescope caught this strange signal for 72 seconds then researchers who observed the print concluded that this signal was made by him writing the word “WOW” as the reaction.
When further studies and observations were carried out, this signal could no longer be detected according to some theories. According to some theories, this signal came from a passing spacecraft and after the distance was very far, scientists could no longer detect it, but it is possible that this signal was generated on earth and then directed upwards. but the night bounces off objects at high altitudes such as planes, satellites or other space objects orbiting the earth, then this signal is caught by telescopes because it includes man-made wavelengths and frequencies that are unique, so scientists can be very confused.
in 2017 and then they recorded a flare in proxima centauri in just 10 seconds this star got brighter up to 1000 times, previously also detected a weaker flare but it lasted about 2 minutes with this flare proxima centauri emitting very high radiation even on the companion planet its star there is life flare. It may have destroyed it, the Star wind must have blown the atmosphere and rendered the surface lifeless.
Compared to Earth, the total high energy radiation received by Proxima Centauri B is 60 times greater, while x-ray radiation is 400 times more powerful.
Experts then predict that the probability of the formation of life on this planet is approximately 1 in 100 million. They don’t know for sure if this signal is artificial or natural, but the scenario about a spacecraft that comes to Earth will most likely not happen.
to search for civilizations in outer space scientists can only use radio waves and their characteristics are similar to noise that spreads from our planet in various directions at the speed of light.
The main problem is that our Milky Way galaxy is 100 thousand light years in diameter. On the other side there may be life. If we send a radio signal to the galaxy, the signal will only be received 100,000 years later and then we can only get the answer in 100,000 years.