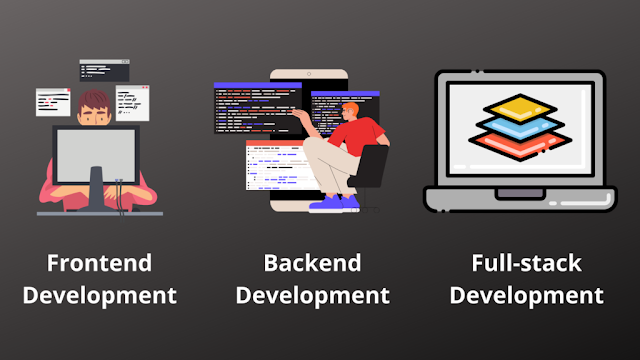 As technology advances, the web has grown to become more complex. This makes developers also become more specialized. This means that a developer doesn’t have to do the whole process of building a web anymore but focuses on only certain parts, whether it’s a programming language, framework, or some other technical part.

The Back-End is like the back page of a website. Back-End performance is invisible to the naked eye. Because this work is ‘behind the scenes, although it tends to be invisible, the Back-End plays a very important role. Without the presence of a good Back-End, we certainly cannot enjoy an attractive website appearance.

What falls into the Back-End category? Servers, databases, and applications. So, a Back-End developer must have skills in various technologies related to these Back-End components.

From the name, can you guess the scope of this profession? The difference between a Front-End and a Back-End developer is that what is included in the Front-End is the appearance of the website that is seen by the user. In this section, the user can also interact.

Front-End developers design the website and make sure it works. Some parts of the website do use HTML, CSS, and JavaScript. However, other parts require a Back-End programming language.

A full-stack developer in the construction of a website performs a cross-functional role. So, the responsibility is not limited to the Back-End but also the Front-End. Not surprisingly, the full stack developer job description is more complex, involving various skills.

The programming languages ​​that you must master are, of course, HTML, JavaScript, and CSS. To be able to develop JavaScript, you are also expected to understand jQuery/Ajax, AngularJS, or ReactJS. In addition, full-stack developers are also responsible for developing user interfaces with HTML5/CSS and iOS/Android SDKs.

Skills that the three professions must learn

By looking at the needs of companies and technological trends that continue to develop for a career in technology, the most important thing is to update knowledge.

Whatever programming language you choose, the most important thing is to focus on understanding it, understanding the details, language libraries, and frameworks that will put you at the maximum knowledge.

Which one do you choose?

Usually, users choose to hire developers with broad skills. You don’t have to be a specialist, but this developer must understand programming languages ​​and be fluent in using various tools to build websites on the Back-End and Front-End.

But generally, a Full-Stack Developer is the right developer when the company’s budget is limited because Full-stack developers must at least master the skills of both.