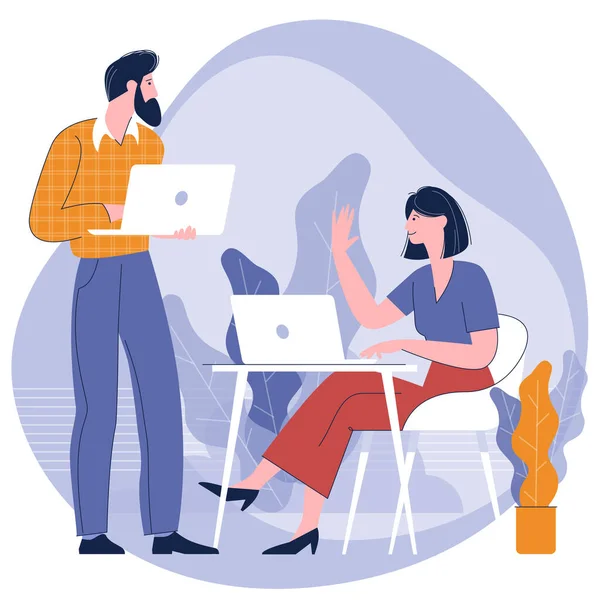 At work, you must be smart in placing yourself and reading situations and conditions so that others do not always harm you because not everyone will be kind to you.

In addition, you also have to be a little more sensitive to dealing with problematic coworkers. One of them likes to steal other coworkers’ ideas. If this happens to you, don’t let it continue. Immediately stop the behavior of your co-workers by doing these five tips.

Your co-workers can steal your ideas because you only convey them personally. It could be because you tell him directly, or he hears it when you talk to other coworkers.

Well, for now, don’t ever do that again. Anticipate your idea from being stolen by no longer telling it personally to your coworkers.

It’s much better for you to get used to delivering it in public spaces during open meetings or discussions. That way, your boss and co-workers can hear it directly from you.

The possibility of your idea being claimed by a coworker who likes to steal will not happen again. He certainly wouldn’t dare say it was his idea because you’ve said it openly in front of other co-workers.

2. Be careful in speaking

If previously you easily trusted your co-workers in the office, then, for now, don’t do it again. It doesn’t mean you don’t trust your co-workers. However, you just need to be more careful in what you say and act in the future.

In addition, you also need to be careful about important work data in the office. You need to anticipate this by providing a computer or laptop password and important documents that you store in it. This will minimize data theft or loss of other important data that you have.

Then make it a habit not to leave your computer or laptop open and not password locked. Make sure to lock it first, then close the laptop and then continue the activity.

3. Don’t be discouraged, but take it as a challenge

You are the one who has the original idea of ​​what your co-workers claim. Therefore, you do not need to be discouraged when your idea is stolen.

Let’s just say that right now, and you are getting tests and challenges to be able to develop even greater ideas in the future. Most importantly, you have to be more careful so that your co-workers no longer steal new ideas. You don’t have to regret what happened, where your previous idea was stolen.

If you fall down due to his actions, it will actually make your career stagnant, even backward. So don’t do it, but you just have to be able to prove that you still have a lot of ideas that are far more extraordinary than your previous stolen ones.

Show your co-workers who like to steal the idea that you won’t just give up. The most subtle and striking way of revenge is to re-spawn ideas that can make your achievement higher than before

Consider your current self-image and career, don’t let your momentary emotions destroy both things simultaneously. You better withdraw, calm your mind first, and wait until your emotions subside. Be professional and wise in assessing the situation and conditions that occur. If they don’t believe you, then you don’t have to force them.

5. Change the perspective you have by staying away from drama

Proving you are right and he is wrong, you don’t need to do it all the time. Try to accept the situation that has happened. You also don’t need to create drama and tension in your work environment and the people around you.

It’s better for you to change your perspective so that you don’t fall and continue to regret your previous carelessness. The trick is to prove that you can achieve more than him in the future.

Make previous self-learning experiences for you to be more careful, along with your co-workers who like to steal ideas. If he doesn’t feel guilty and ignores you when he tries to talk to him, you don’t need to make a fuss. You just need to know that he is like that, so you need to keep your distance from him and don’t need to interact excessively other than at work.

Having a coworker who likes to steal ideas is no fun. Especially if the person concerned does not feel guilty and feels proud of the praise given, even though the idea was stolen. If your idea is stolen, you can overcome it with the five tricks above.