Every parent has a different parenting style. Some parents still use the pattern of violence in educating their children. Not a few parents who find it difficult to suppress their emotions when facing child delinquency. Harsh words, yells, until the child finally received a beating as a form of punishment. 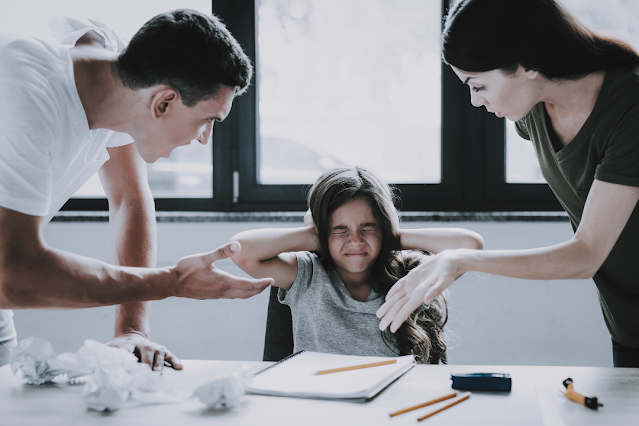 Did you know that these screams which are sound waves can be accompanied by emotional waves generated by the left brain and cause new waves with negative effects? Therefore, it is highly recommended not to yell at the child, let alone do it continuously. Well, see below, below are the negative impacts of yelling on a child’s personality:

1. Close yourself from the environment

Rough treatment of parents can cause trauma to children. The existence of violence against children can foster fear, worry, feeling worthless, and anxiety. So, when they meet new people, they tend to have the same perception as their parents, because the process of growth and development is always colored by violence.
Thus, children will tend to withdraw from their environment. Children feel worthless and experience fear of establishing relationships with new people.

2. Disrespect of children towards parents

Parents may judge that yelling at children is a way for children to want to be respectful and obedient. However, by yelling, children tend to lose respect for their parents, it is even possible that the child will no longer want to heed the advice of their parents.
Children cannot accept input if it is conveyed by being shouted at. It is better to do it gently and communicated from heart to heart so that even children can receive it well. He will not feel intimidated or cornered.

3. Growing up to be a dissident

The formation of a child’s personality really depends on how the habits he sees. A child who is accustomed to violence, be it physical or verbal violence, will grow up to be an aggressive child. It is not even possible to commit a criminal act. The habit of yelling at children will make children think that yelling is something natural and normal, so they tend to imitate and repeat that way.
When they receive harsh treatment and are yelled at, children will accept that treatment as a way to solve problems, namely by using high-volume tones, harshness, and even physical violence. When he encounters problems in his life, violence will be considered as a solution. Children also grow up to be temperamental.

4. Tends to be easily depressed.

Frequent yelling at children will greatly affect their psychological condition. Harsh words and in a high tone of voice will leave scars on the child and make him feel unloved.
Holding the wound for too long will make the child experience deep sadness. Depression greatly affects the way of thinking, feeling, and acting, so it has the potential to cause emotional disturbances.

5. It is difficult to trust and love others.

Frequent yelling at children will actually form an image and have an impact on the formation of a bad self-concept, such as feeling worthless, inappropriate, inferior, and all forms of phrases that indicate that they are bad. With these feelings, children tend to be lazy to learn which will affect the achievement of learning success.
It will be difficult for children who grow up with violence to build trust and love for others. Children will be afraid to meet new people. So, those are 5 negative effects of yelling at children too often. What do you think?