The Central Bank of Sri Lanka predicts the economy of the crisis-hit country will contract by 6 percent in 2022. The local Central Bank urged that a clear government structure be established immediately so that bailout funds from the IMF and other countries could enter.

The Governor of the Central Bank of Sri Lanka, Nandalal Weerasinghe, said the pre-crisis contraction rate in the first quarter of 1.6 percent was supported by the tourism sector with a number of tourists coming to the country which has now changed its leadership position after former president Gotabaya Rajapaksa fled abroad. . 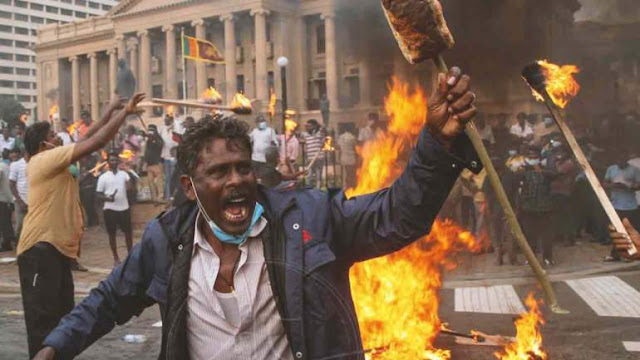 “At the start of the year before the unrest caused by the economic crisis, Sri Lanka experienced an economic downturn of 1.6 percent in the first quarter. With the economic contraction accelerating in the second and third quarters, it is estimated that this year’s recession will be worse than in 2020 due to the impact pandemic when the economy at that time shrank by 3.5 percent,” said Nandalal Weerasinghe as quoted by The Wall Street Journal, Monday (18/7/2022).

Weerasinghe said, the political uncertainty that is happening in Sri Lanka due to the depletion of fuel stocks has had a bad impact on almost every industry. Except, for some major exports such as tea, garments and rubber, which have been prioritized by the government.

Sri Lanka’s economy grew by 3.3 per cent last year and the central bank under the previous governor, Ajith Nivard Cabraal, had even forecast 5.5 per cent growth for 2022 as recently as early January. However, the figure was immediately revised down to 1 percent in April.

2. Assistance from other countries to Sri Lanka has not materialized

Prime Minister Ranil Wickremesinghe, now acting president, said earlier this month that the economy was expected to contract by 4 to 5 percent. Efforts to seek bailout funds from a number of countries such as India and China also failed to materialize due to the domestic crisis which made creditors worried about disbursing funds.

To date, there has been no progress in efforts to exchange $1 billion in currency with the Reserve Bank of India or the Central Bank of India. China also did not confirm an attempted currency swap with Sri Lanka worth 1.5 billion US dollars.

3. The Central Bank of Sri Lanka says discussions on bailout funds with the IMF have stalled

Bad news has not even stopped happening to Sri Lanka. Central Bank Governor Weerasinghe, who was appointed number one at the local central bank in April, said efforts at top-level talks with the IMF about a billion-dollar bailout had stalled.

The cancellation of the discussion with the IMF is nothing but the result of the failure to create a solid government structure in the country.

Stable governance is very important to secure short-term financing from other countries and multilateral institutions for payment of imports such as fuel, medicines and fertilizers and others,” he said.