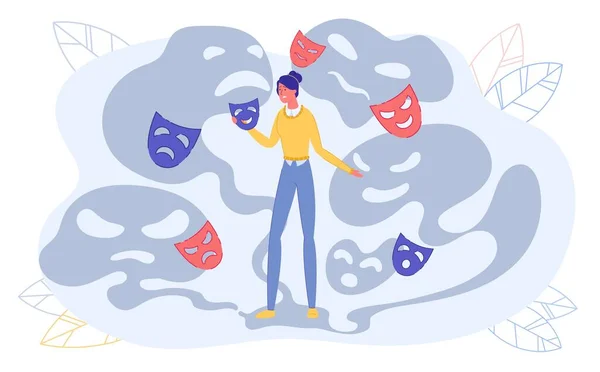 You may rarely hear about the mental disorder of schizophrenia, either from people around you or in fictional stories. Reporting to alodokter.com, schizophrenia is a mental disorder that makes sufferers experience delusions, hallucinations, confused thoughts, and changes in behaviour. This causes the sufferer to be unable to distinguish between what is real and what is imaginary.

There are also many famous films that tell the story of someone who has schizophrenia, such as A Beautiful Mind, Shutter Island, or The Soloist. What do the sufferers actually feel? Let’s see the following explanation.

1. They experience hallucinations from the five senses

The hallucinations experienced by sufferers are related to the five senses, such as sight and hearing. Patients can not distinguish whether the incident was real or not.

2. Hearing voices that are not there

The voices that are heard by people with schizophrenia can vary. It can be in the form of whispers, ordinary speech, to screams. The words themselves can vary from invitations to curses.

3. Experiencing delusions throughout the day

Just like dreaming, people with schizophrenia have strong beliefs even though they are not based on logic.

This feeling is part of the delusions experienced by people with schizophrenia. They felt that someone outside of him was watching and following him wherever he went. He was worried that he would get a sudden attack.

5. Reluctant to leave the house and socialize

Due to the hallucinations they experience, people with schizophrenia are reluctant to leave the house. It will only make him more depressed.

Many things happen in the mind of the sufferer at one time, especially hallucinations and delusions. Because it is difficult for patients to concentrate.

Loss of concentration causes them to string words together. What they convey is difficult for listeners to grasp.

All phenomena that occur in people with schizophrenia make them nervous and depressed. It is not surprising that sufferers do things out of the ordinary, such as shouting and cursing.

From the explanation above, you can understand what people with schizophrenia feel. That way, you can know how best to respond to them. If you find that you have experienced the symptoms above, you need to immediately contact a psychiatrist for help.