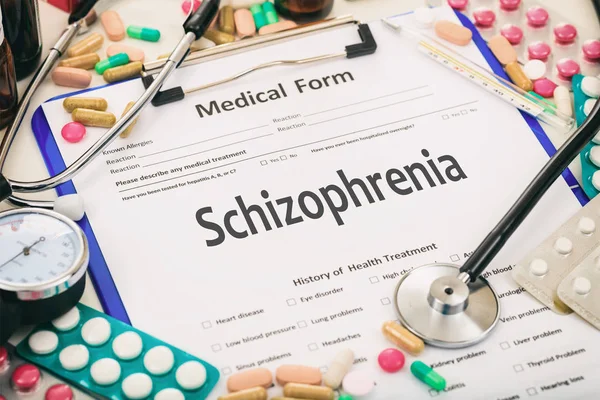 Schizophrenia is a mental disorder associated with unusual expressions or perceptions of reality. The presence of thought disorders, abnormal behaviour, and antisocial make it difficult for sufferers to distinguish between fantasy and reality.

In the past, schizophrenia was divided into five types. However, in 2013, in the manual “Diagnostic and Statistical Manual of Mental Disorders 5th Edition (DSM-V)” issued by the American Psychiatric Association (APA), the classification method was changed. From the initial five, there was only one classification, namely schizophrenia.

The changes are based on the decisions of experts from APA. They agree that the classification has limited stability, poor validity, and low reliability.

Even so, let’s get to know the types of schizophrenia that used to be a reference for experts and their differences!

According to the book “Notes on Psychiatric Medicine” written by Willy F. Maramis and Albert A. Maramis, paranoid schizophrenia is the most common type. It is more common in people over the age of 30.

Paranoid schizophrenia is characterized by the presence of delusions (false beliefs or thoughts because they are contrary to reality and are built on elements that are not based on logic) and excessive fear.

Reporting from the Psycom page, generally, patients are at least ‘occupied’ with one delusion or often experience auditory hallucinations. Patients will feel that someone is always being chased by someone and will be killed. He would also hear whispers saying that someone was going to kill him. Hallucinations of sound that can also be heard are the sound of footsteps as if someone is following or chasing them. In fact, however, there is none.

Paranoid schizophrenia will also find it difficult to trust others, so it will be difficult to socialize, it can even become antisocial or social phobia (social anxiety disorder).

However, the symptoms of this type of schizophrenia are considered ‘positive’, in the sense that they respond well to medical treatment.

Still based on the book “Notes on Psychiatric Medicine“, this type is characterized by very striking disturbances in thought processes. What he said was not continuous between sentences or not connected, and his thoughts were very difficult to understand.

A person is said to have hebephrenic schizophrenia (also known as disorganized schizophrenia) if he has these characteristics:

In addition, patients also have multiple personalities. There are also symptoms of mannerism and neologism. Mannerism is a characteristic repetitive movement, usually seen in facial expressions or gait. Meanwhile, neologism is childish behaviour.
This type of schizophrenia often occurs at the age of 15-25 years.

3. Catatonic schizophrenia: apathy or even hyperactivity

Reporting to the Southeastern Arizona Behavioral Health Services, Inc. page, catatonic schizophrenia is now considered a rare subtype because it is believed to be the result of untreated schizophrenia. The occurrence of this type is reported to be less frequent among schizophrenic patients due to advances in early intervention and treatment.

This type is characterized by a significant increase or decrease in movement, with at least two of the following symptoms:

Sufferers will also have difficulty sleeping and are unable to eat and drink, which eventually leads to fatigue, dehydration, and nutritional deficiencies.

Catatonic schizophrenia usually first appears between the ages of 15-30 years. Usually, the cause is preceded by emotional stress.

Schizophrenia simplex is characterized by a dulling of emotions. Usually, the sufferer will not care about important things to him, such as his future. In addition, the patient will also experience anhedonia, which is a decrease in interest in an activity.

Patients will begin to not care about the environment and their families and will withdraw from the association. Over time, there is a decline in the quality of work or studies.

In simple schizophrenia, delusions and hallucinations are rare. His mindset is also still understandable. Usually, it appears since puberty.

5. Residual schizophrenia: the appearance is no longer maintained

Residual schizophrenia is a type that has been experienced by sufferers for a long time. Generally, sufferers look unkempt and dirty because they cannot take care of themselves.

If someone you know has schizophrenia, don’t shun it. Support her to get proper medical treatment and help her fight stigma and discrimination. That way, the recurrence can be prevented and the quality of life is maintained.