Are Stable Coins like USDT & USDC Safe? this time we will explore in depth about what stable coins are in the crypto world, many are asking about:
Why Stable Coin prices can be stable following Fiat currencies?,
What is the value of Stable Coin that we can trust as an alternative place to allocate assets?
So what caused the failure of one of the UST dollar-based cake stables? which in the end failed to maintain its value against the US Dollar, even its value had dropped to ten percent of the value of the US Dollar and
why should there be a lot of Stable Coins such as USDT, BUSD, USDC and others?
what makes Stable coins different from each other? which stable coin is more secure and can we trust? 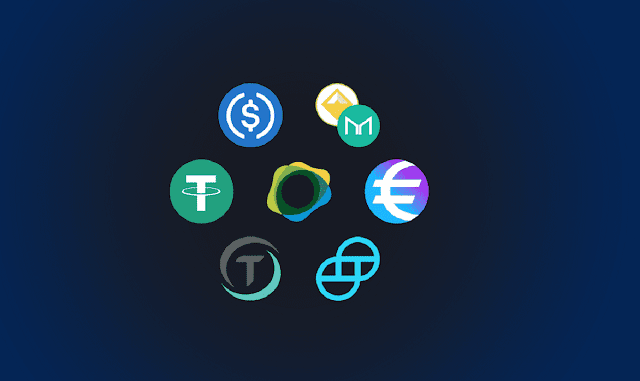 We will also explain that Stable Coin is not only a stable crypto, but also functions as an asset that can generate passive income with a relatively low and safe level of risk.

Okay, let’s start discussing what a stable coin is and what is the function of a stable coin, in simple terms a stable coin is a crypto asset that is specifically designed so that its value can be stable following the price of Fiat currencies such as the Euro Dollar or Rupiah.
Stable Coins are made by programmers with different mechanisms, so there are Stable Coins that are considered safer and have better price stability than other Stable Coins

In addition, Stable Coin can also function as a crypto that can provide passive income with a fairly large return value compared to traditional investment options such as bank deposits.

because of the practicality of this coin, it is very important for users to be extra careful and also selective in choosing the Stable Coin to be used, lest the Stable Coin we choose is not supported by clear and safe technology or credentials, because if you choose the wrong Stable Coin, which we expect to stabilize in value, maybe even decrease in value, as happened to the UST Stable Coin in May 2022.
UST is a Stable Coin that uses a certain algorithm so that its value can be stable against the US Dollar currency, the algorithm runs on monetary principles that are connected to one of the other crypto assets, namely LUNA.

So the way it works is something like this, if for example, if the value of UST drops below 1 dollar, then part of the UST supply is destroyed and the LUNA supply will be increased, because the UST supply decreases, the price will increase and stabilize again to 1 dollar, otherwise if the value of UST is more than 1 dollar, the supply of UST will be increased and the supply of LUNA will be destroyed, with the supply of LUNA increasing, the UIST nu;ai will decrease and the value will be stable again close to 1 dollar
At first glance this algorithm theory can work well, but it turns out that this mechanism can only work if for example the speed of execution of burning and meeting can follow the swift flow of buying and selling from traders around the world and in fact when the price of crypto assets experiences high increases and there is a spike the sale of Stable Coin UST turns out that the algorithm does not have sufficient capacity to withstand the rapid flow of sales, it causes the Stable Coin UST to fall and cannot survive at $1, plus this Stable Coin asset does not have a backup or Fatoni Undelying asset whose value is stable. So the trust of traders and the creto community is very small in the resilience of the UST Stable Coin. 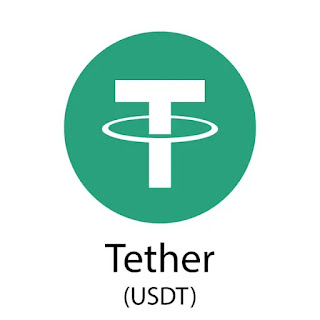 The most popular stablecoine in the world is USDT. USDT is the most used stable coin by crypto users worldwide and has a market capitalization value of over $67 billion.
UST is a Stable Coin issued by a theater company and is one of the earliest Stable Coins published in 2014. Unlike UST, whose stability is basically the same as a computer algorithm, the circulating USDT value has backups of various combinations of financial assets with a level of risk. The low one is the composition of backup assets of USDT 85.64% in the form of cash and cash equivalents.
This cash equivalent asset is in the form of debt securities or short-term deposits with very small risk of default or belongs to a very safe asset class. This is a breakdown of cash and cash equivalents from backup assets at USDT 4.52% is government bonds and precious metals and the rest there are debt securities with collateral which are also considered very safe and several other types of assets so far USDT has also passed the audit process from CERTIK with a security score of 92 out of 100, with this credential, it can be said that USDT resilience value is considered better than UST’s. failed to keep its value equal to $1.
2.USDC 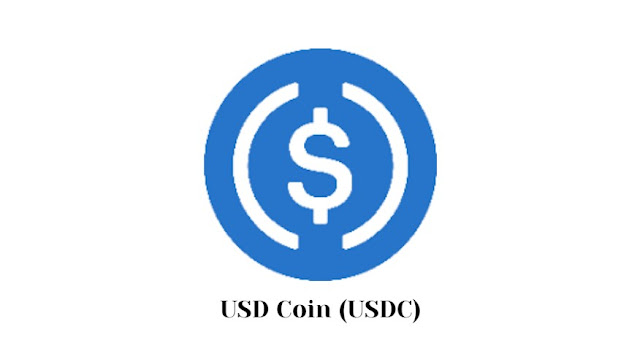 Next Stable Coins USDC. What is the difference between USDT and USDC?
USDC is one of the favorite stable coins for crypto users with a market capitalization value of $52 billion.
Well, even though it’s a little less popular when compared to USDT, this USDC arguably has the clearest credentials compared to all other Stable Coins, USDC is published by the D’Centerr consortium or better known as circle.com. It is officially regulated in 46 American states and is also registered with a financial supervisory agency, namely the Financial Crime in Force Network.
USDC is also a non-algorithmic Stable Coin whose asset value also has reserves by financial assets with a very low risk category, where the composition is 23.15% cash and the remaining 76.86% is us.treasury Bills. routinely edited by a trusted accounting institution, Grand Thornton LLP, in addition, the USDC Stable Coin is also used by American national financial institutions as a deposit asset, including several national banks that directly support the US Department of Treasury.
Now that’s the difference between some popular Stable Coins that are widely used by crypto users around the world, hopefully now you understand what a Stable Coin is, what is a Stable Coin asset backup and the extent of legality and recognition from trusted institutions for the existence of a Stable Coin.
For those of you who don’t know StableCoin, it actually doesn’t only function as an intermediary asset for crypto trading, but can also be a digital asset that can generate passive income, in a safe and secure crypto savings and loan asset rotation guaranteed by collateral.
Some Stable Coin deposit products almost always offer more attractive returns than traditional investments such as bank deposits, where Stable Coin deposit features such as USDT and USDC can provide passive income above 10% and even more, with earning features available in various exchange, the number of crypto assets that Stable Coin allocates for can grow passively, but you have to be careful in choosing a platform that offers passive income, especially if the platform is not monitored for its security level and is vulnerable to being hacked by hackers.
For you crypto users, we recommend that you use the Earn feature on local exchanges that are officially and legally registered under the auspices of state security.